Adjustment of the application of least squares computation in module Incltest

In the program for reporting an inclination test, a VCG is determined per measurement, so that all small hydrostatic differences that may arise between the measurements are fully taken into account. Such may for example be differences in KM — because PIAS determines rather accurately for each heel the hull intersection with the waterline, and the associated KM — or in displacement. The latter may occur when using tanks as inclining test weights.

After determining the VCGs, the overall VCG of the empty vessel can be determined with the method of least squares. This gave some differences with the conventional determination of the VCG, calculated with a GM that was directly based on all moments and measured angles. However, this conventional scheme can only be used with fixed inclination test weights, where there is no difference in draft and trim during the inclination test. For PIAS’ Incltest that is not sufficiently versatile, because users have required the option of using ballast water as inclining test weight. Yet, in order to have PIAS’ results mimic the conventional least squares results as much as  possible, we have changed parameters as fed to the least squares computation, so that the resulting VCG is more in accordance with a conventional calculation. Remaining differences are an expression of PIAS’ higher accuracy because of the usage of the actual waterline for each measurement (instead of conventional averaging). 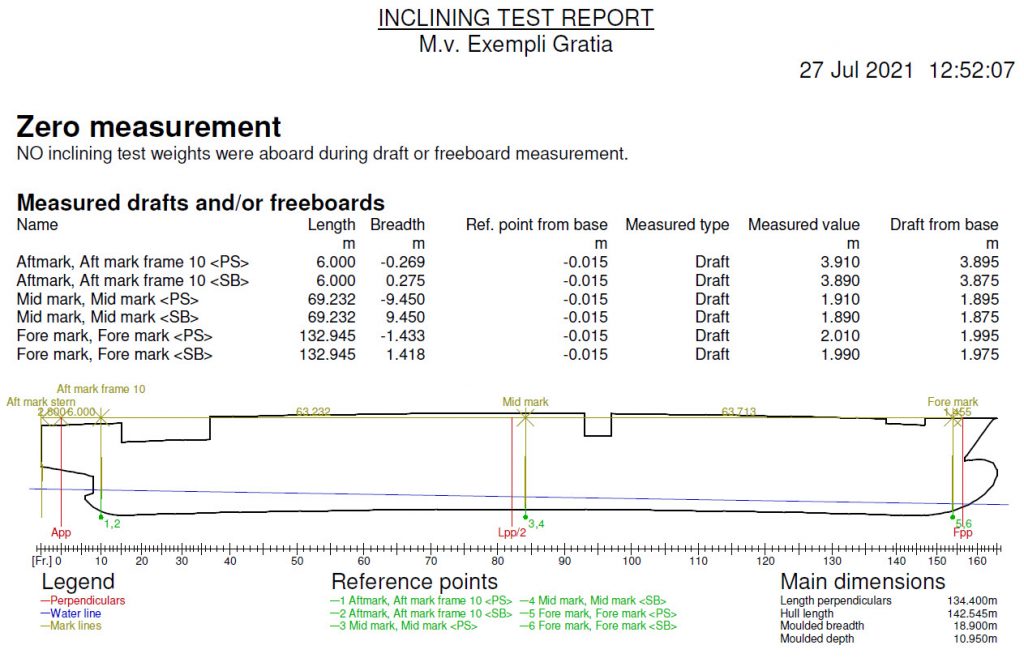