Calculation of stability around the weakest heeling axis

PIAS, as many other stability programs, has from its conceptualization in the 1980s determined the intact and damage stability (or, to be more precise, the GZ) with respect to centerline plane. That is not always correct, in particular with hull shapes which are significant asymmetrical in longitudinal direction the GZ should be determined with respect to a rotated plane (rotated around a vertical axis). Occasionally, people have inquired for a possible extension of PIAS towards the effects of stability around the axis of weakest stability, and the recurring reply of SARC was that this would certainly be feasible, and could be produced on order. In 2017 that was finally implemented in PIAS.

In a separate document Calculation of stability around the weakest heeling axis with PIAS the background of this feature is described into some detail. 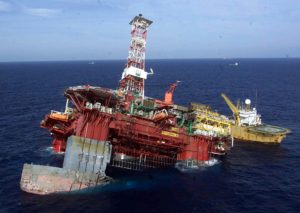 You don’t want this to happen